FREE SHIPPING on orders over $50 Browse the shop 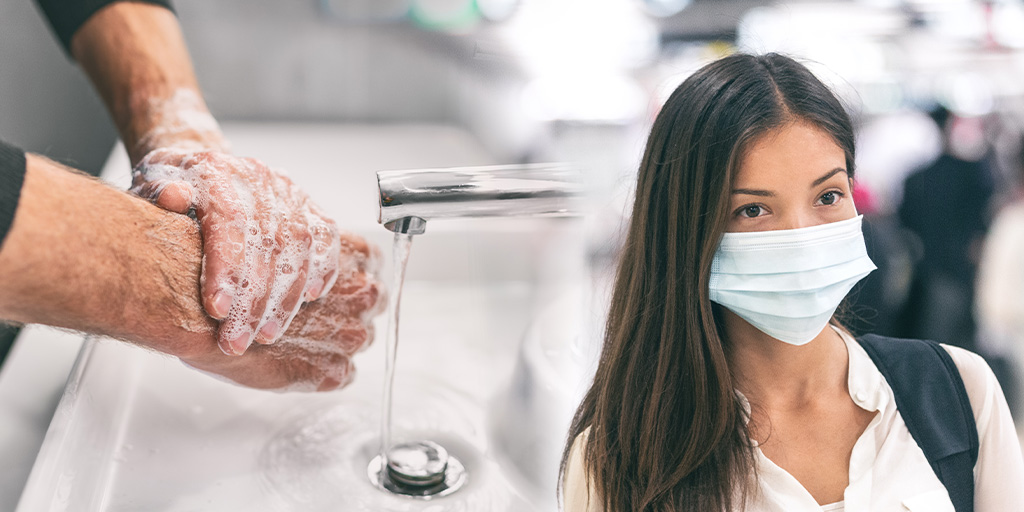 Dr. Irwin
June 25, 2020
Why do you think the virus is spread mainly by hands rather than by respiratory droplets emitted by talking, singing, sneezing, coughing? Your advice about masks is outdated and wrong—people with no symptoms can spread the disease

Just a couple of points here for clarification.  Clearly  I didn’t write this clearly, and I don’t want things misinterpreted.

The biggest problem with hands is that we then touch our faces without thinking about it.  It’s turning out (more data needed) that perhaps it doesn’t live on surfaces as long as was initially thought.   Hand washing and hand sanitation are still important though!

Gloves can be used.  In medical and dental settings they are changed, at a minimum, between each patient and often several times during a procedure.  Gloves are not generally advised outside of medical, dental or commercial kitchen settings, because they get used for too long.  It would be better to hand wash or hand sanitize multiple times while in the grocery store, for example.

As for the respiratory route, yes it’s very important, but it’s a matter of degree.  And yes, quite a number of people have great immune systems, don’t have symptoms, and can spread disease. It’s also turning out though people, especially children, who don’t have symptoms seem to be less able to spread it.  This from recent research, but more research still needed.

But consider that talking produces very little droplet spread, while sneezing, coughing and singing full volume DO produce much more droplet spread.  It’s a matter of what’s called the inoculum which is number of viral particles being produced when it’s heading our way.  It makes sense that the greater the viral load, the greater the chance of infection.

This is why masks are a good idea in the appropriate settings.  You can’t catch Covid from random air, for example running alone outside with no one else around.

And of course, if any of us are ill, we gotta stay home until we get tested.

Corona virus (Covid-19) and your hands and skin!

How to beat Covid-19 hand irritation!

Free
Shipping On all US orders over $50
SkinTour Skincare
One of the best investments in your skin is your daily skincare. Why? Because you can prevent many problems with blotchy skin color, lack of glow, texture, some types of acne, and fine lines with good skincare products. You can also correct some of these problems with effective skincare products. Great skincare is often more expensive because quality ingredients are expensive. Some companies spend on research/development which benefits all of us and adds to the cost. Are they worth it? In general - yes! I have handpicked some of what I consider to be the best skin care products, and offer them for sale on SkinTour's shop. This is based on my team and I's testing and research at our clinic. Many of the products are in my own regimen. What could be better than using skin care products a dermatologist uses?!
Browse Shop
Close +